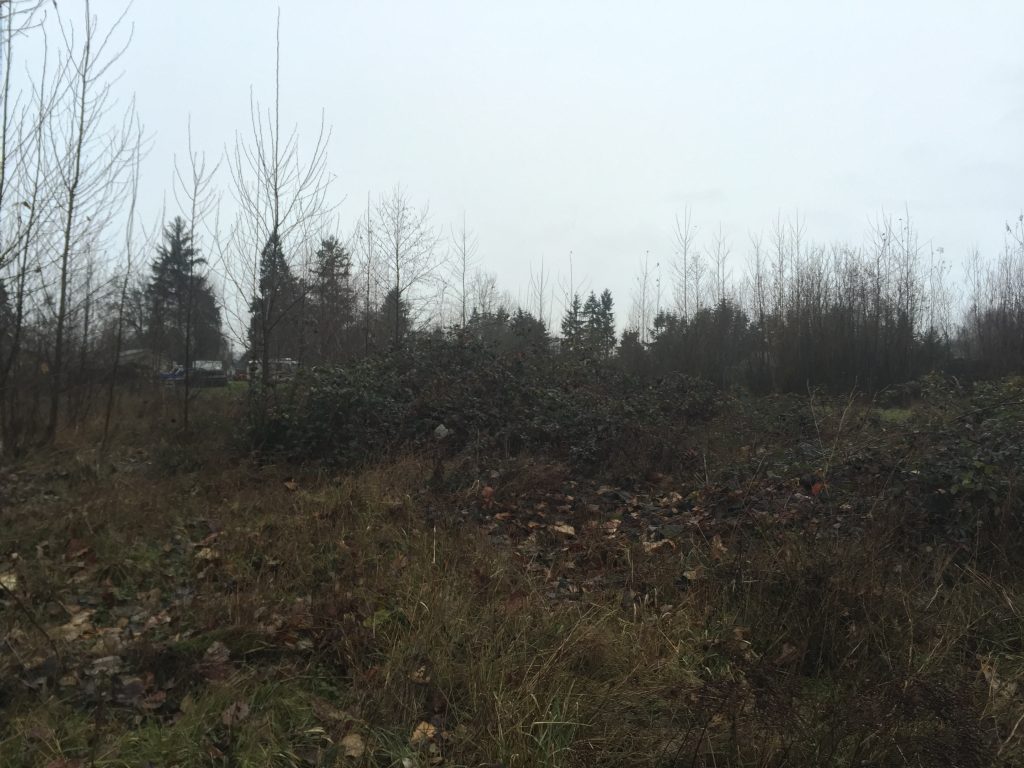 After purchasing a “non-wetland” property at a blind auction, the new property owners discovered there was a large wetland on their parcel that had been buried under an unpermitted fill in violation of Pierce County Code.  Soundview Consultants LLC assisted the property owners with the restoration of this wetland.

The functions of this wetland and its habitat had been lost after being buried under tons of construction debris that included broken asphalt, concrete, gravel, pitrun, and organic material. The goal of this project was to re-establish approximately 29,500 square feet of Palustrine Emergent Seasonally Saturated (PEME) wetland on the eastern portion of the property. To restore wetland functions and the quality of the wetland habitat as close as possible to its previous state, the fill and debris had to be excavated and removed along with all non-native, invasive plant species. The excavated area would then be replanted with native trees, bushes and grasses. 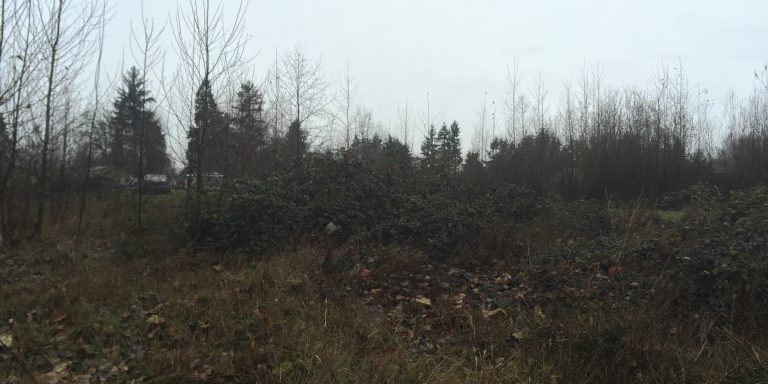 The wetland was buried under tons of broken asphalt, concrete, gravel and pitrun that had been overgrown with invasive species like Himalayan blackberry. The filled areas can be seen in the foreground of this photo.

Soundview Consultants conducted a forensic delineation that included the review of historic aerial photos to assess the size of the potential fill area.  The research was followed by a “boots on the ground” effort.  SVC scientists performed an in-field verification to determine the actual extent of the fill.  Data collection included digging sample soil pits to determine where wetland and non-wetland areas were located under the fill. 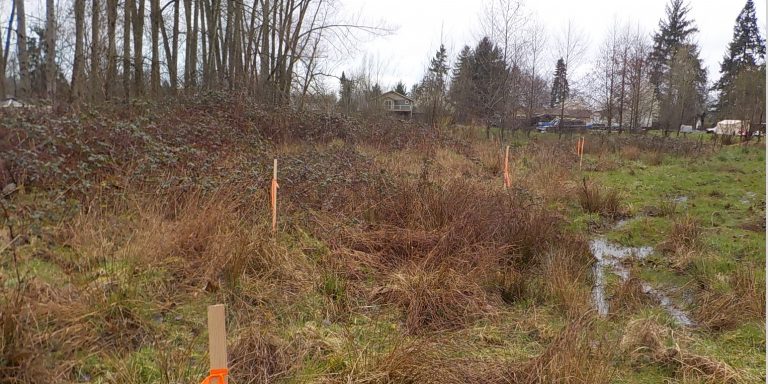 The boundaries of the wetland were flagged and marked so that the filled area could be excavated in the summer of 2016.

All fill material had to be removed to uncover native soil.  Nearly an acre had to be excavated to a depth of between 6 and 24 inches below grade to remove all the compacted gravel, concrete, asphalt, non-native materials, and trash.  The excavation took 4 days to complete.  Approximately 2,000 cubic yards of fill were removed from the wetland and taken to an approved landfill for disposal.  Large woody debris from the site was collected, reserved, and used later for habitat enhancement. 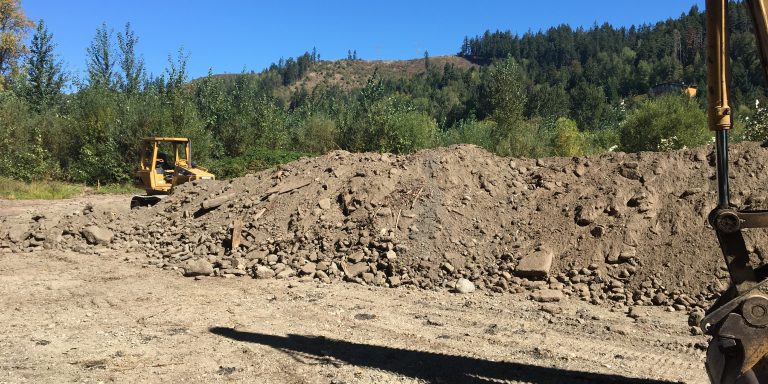 The fill included tons of broken concrete, asphalt, and gravel. The large woody debris was collected and reserved to be used for habitat enhancement. 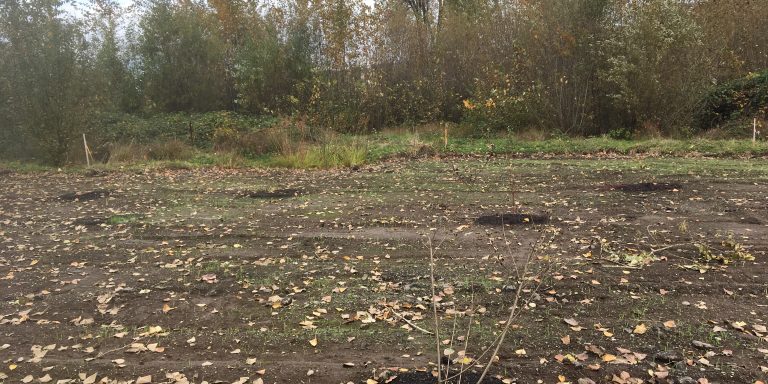 The wetland area was replanted with clusters of native trees, then seeded with a mixture of meadow barely, spiked bentgrass and spiked fescue. 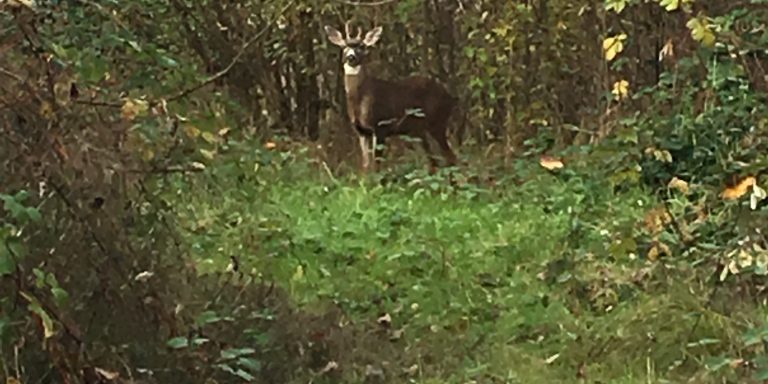