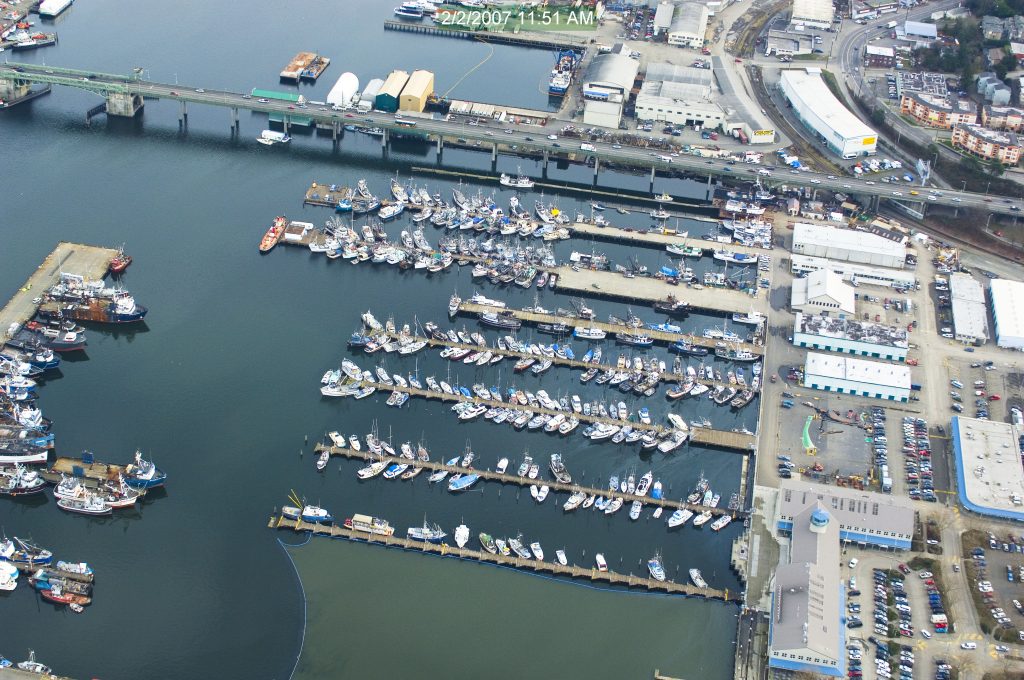 The Puget Sound region has 10 active earthquake faults.  Seven of the 10 faults have the potential to cause severe damage to the area’s most heavily traveled roads and bridges.  Seismic retrofitting strengthens roads and bridges to reduce the risk of structural collapse and minimize damage from future earthquakes.  The City of Seattle conducted seismic retrofitting on the 22 columns that support the Ballard Bridge during a six-month period between October 2012 and March 2013.  Soundview Consultants LLC was an integral part of the team and helped ensure that fish were protected during the retrofitting work.

The Ballard Bridge crosses Seattle’s Salmon Bay and connects the communities of Ballard and Interbay.  This highly traveled traffic arterial is more than a half-mile long (2,854 ft) and 218 feet wide.  The project and project monitoring took place beneath the bridge within the Lake Washington Ship Canal.  To carry out seismic retrofitting work, a cofferdam – a 5-foot deep sheet metal dam – was placed around the bottom of each bridge column and sealed with concrete to the plinth. The cofferdams were then dewatered to provide a dry clear space in which to make retrofit upgrades.  Before dewatering, the cofferdams were checked for the presence of Endangered Species Act (ESA) listed fish species.  Any fish in the cofferdams were recovered and safely removed from the work area before construction started. 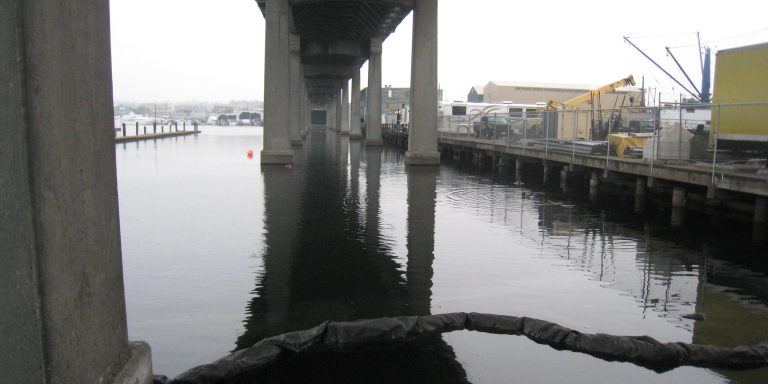 The Ballard Bridge columns with the construction barge on the right. 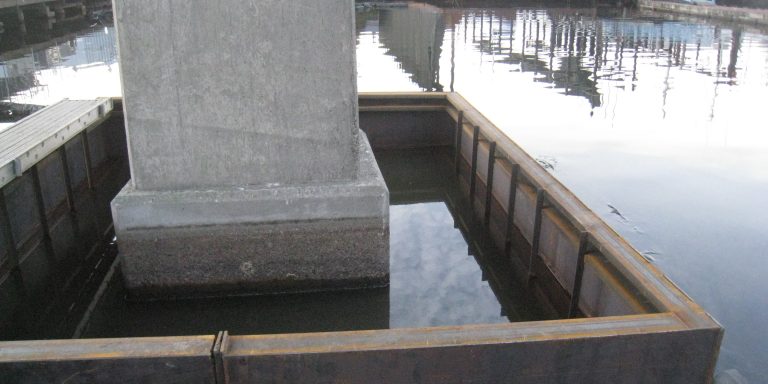 Bridge column with cofferdam in place. 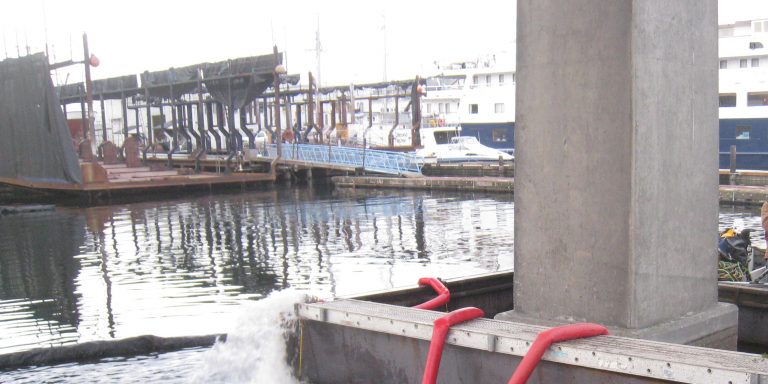 Non-salmonid/non-trout species are year-round residents of Lake Washington.  Bull trout, Chinook salmon, Coho salmon, coastal cutthroat trout, sockeye salmon and steelhead trout are species that migrate between freshwater and marine systems.  Both resident fish and migrating species were likely to be in the area during the bridge retrofitting activities.  SVC’s Fish Protection Plan was put in place to prevent negative effects on fish, and fish migration, spawning, or rearing during construction.  SVC Fisheries staff observed and monitored the construction and provided fish identification and recovery services for the duration of the project.

While there was potential for the presence of ESA-listed species, no ESA-listed fish species were encountered during the monitoring.  The only fish species identified and protected were threespine stickleback (Gasterosteus aculeatus) and prickly sculpin (Cottus asper).

SVC’s detailed inspection records for each bridge column included the number, species, observed health, estimated size and method of relocation of each fish recovered. We also provided additional environmental compliance support including post-construction reporting, water quality logistics and consulting support to resolve challenges in treating discharge water and to meet strict regulatory standards.  The practical solutions provided by SVC resulted in high client satisfaction with both the construction company and the City of Seattle.