The Port of Grapeview is a small recreational/fishing port located near the town of Allyn on Case Inlet in Puget Sound. The Port’s boat launching facilities serve both recreational boaters and commercial fishing crews. The Port’s old concrete boat ramp was built in 1960, and after over 50 years of use, was cracked, broken, uneven, and needed to be replaced. 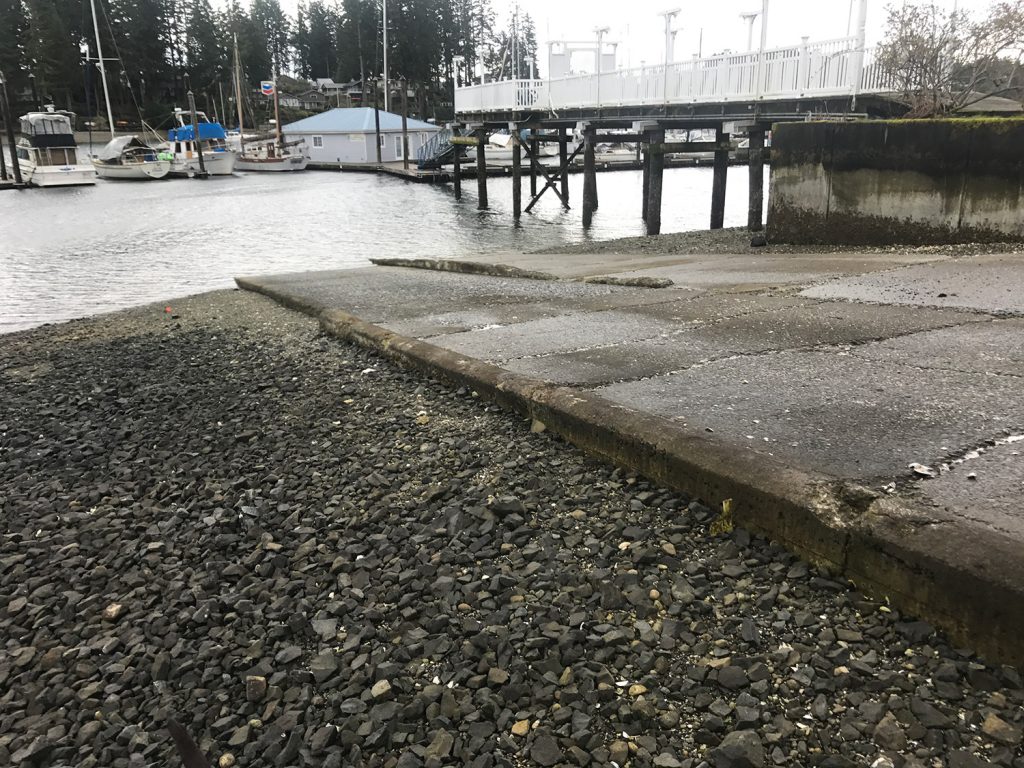 The Port of Grapeview received a grant from the Washington State Recreation and Conservation Office to replace the ramp, construct an associated dock, and provide upland facilities including improved parking and ADA accessible restrooms.  Given the nature of grant funded projects, the Port was under tight time restrictions to get the project permitted and completed.

The new boat ramp was installed in January 2018 and is made of pre-cast concrete sections. After demolition of the old ramp, the new sections were lifted into place. This new ramp is now the only boat ramp available to the public that provides water access at low tides within this north end of Case Inlet.

The project also includes a new ADA compliant floating dock which will allow temporary moorage for users of the boat ramp, an access gangway, and sidewalk.  These features were installed in early February 2019. The new dock is made of 20’ long x 8’ wide pre-fabricated fiberglass sections that are grated to allow sunlight to pass through to the water below. At 165 feet, the new dock is longer than the usual community dock. Because this is a floating dock, at very low tides most of the dock will ground.  The extra length is needed so that at least a portion of the dock can reach waters deep enough to keep a docked boat afloat without the risk of the vessel grounding.  But, even with the extra length, the Port of Grapeview dock does not interfere with boat navigation in the channel. 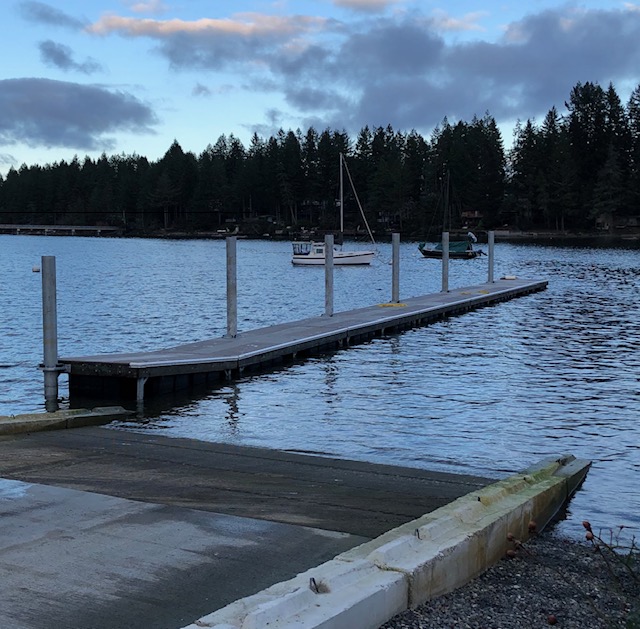 Compensatory mitigation for shoreline impacts which may result from this new overwater structure include removal of a dilapidated bulkhead that is made of old creosote piles.  Angular (quarry) rock is also being removed from the shoreline and will be replaced with native sands and gravels which will restore the natural beach substrate and support the growth of macroinvertebrates like snails, clams, crayfish, and insects that provide food for migrating fish.  Shoreline restoration at this location will also include soft-shoreline stabilization and plantings of native shoreline vegetation.  The mitigation plan was designed by SVC. 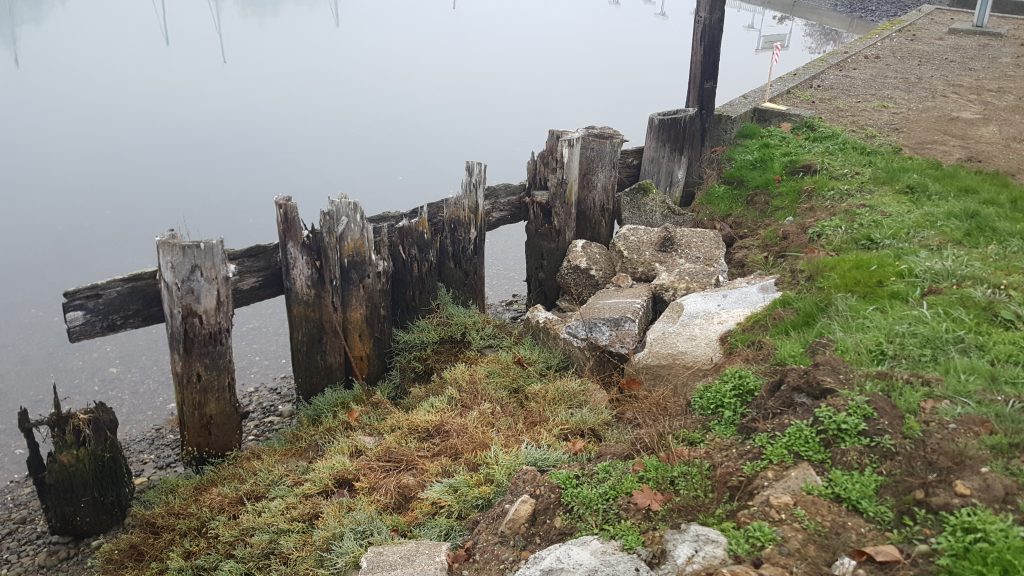 The new Port of Grapeview boat launch and floating dock are part of a public access project funded in part by the Washington State Office of Recreation and Conservation (RCO), HHJ Architects, and Taylor Shellfish. 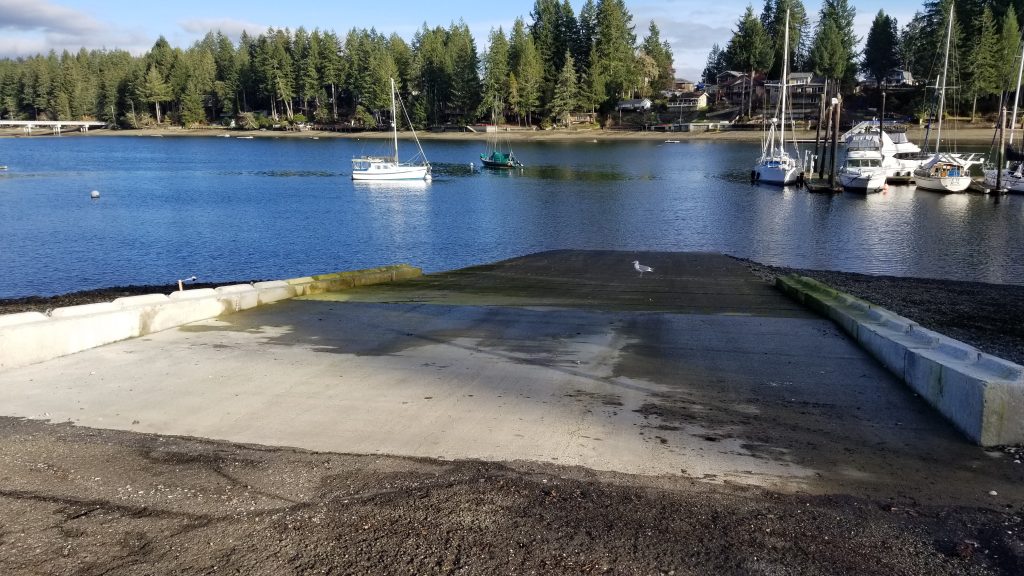