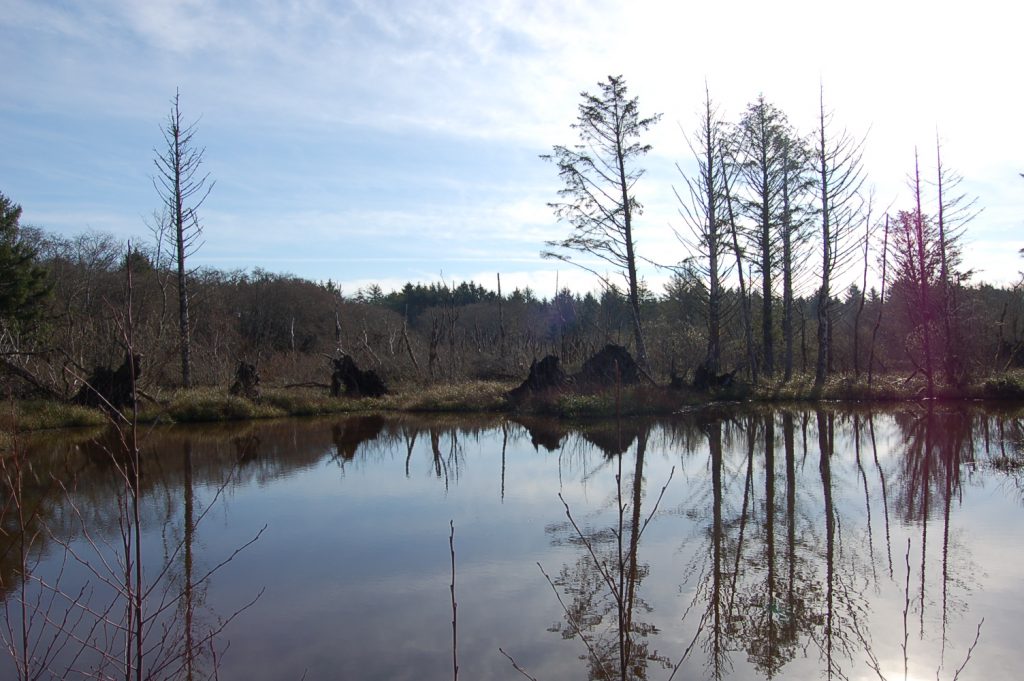 Soundview Consultants is providing twice-yearly monitoring of Pacific Coast wetlands that are meeting or exceeding EPA performance standards for wetland recovery.  Compensatory mitigation actions were required by the Environmental Protection Agency (EPA) and the US Army Corps of Engineers (USACE) to resolve violations due to residential shoreline development in Grays Harbor County, Washington. 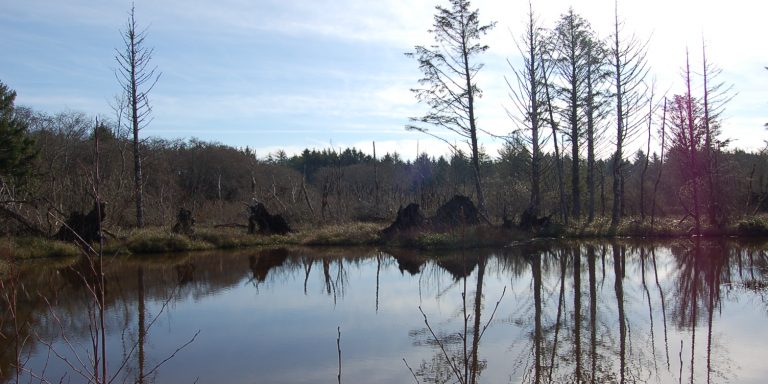 The northeast bank of the large pond is seen in this photo from March 2007.

Specific goals of the mitigation plans were: 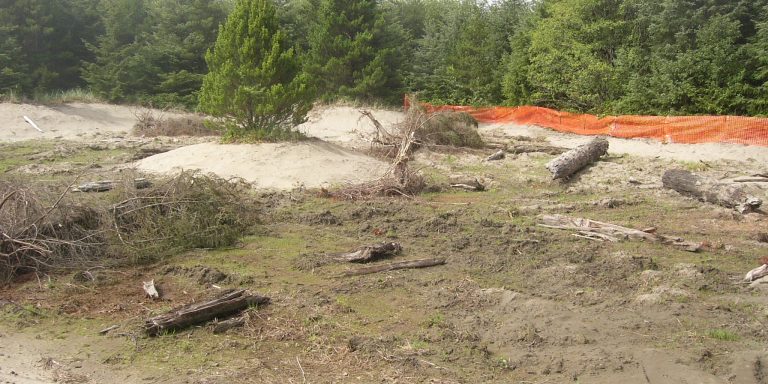 The beginning of Wetland 3 in 2007. Large woody debris has been placed where the wetland will emerge in the coming years. 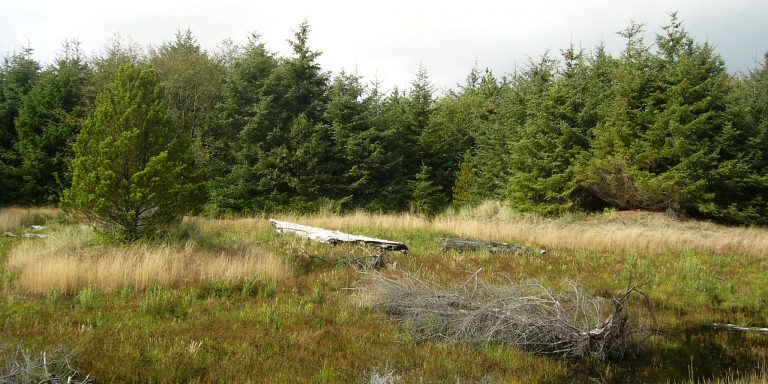 Wetland 3 in 2008. Water has started to pond and vegetation is filling in.

In 2010, Soundview Consultants LLC was contracted to provide compliance support and wetland mitigation monitoring services for the project.  SVC conducted an extensive review of the previously approved mitigation plans and monitoring reports as well as the responses from agency personnel.  We identified numerous inconsistencies and omissions between the monitoring protocols and the data that was reported.  In May 2011, after extensive negotiations with Federal regulators, a consensus was reached to amend the Wetland Monitoring Plan to more accurately reflect the plan initially approved by the EPA and USACE.

SVC staff visited the site to determine the additional requirements that were needed to bring the mitigation areas and monitoring reports into compliance with Federal regulations.  SVC determined that several monitoring plot locations originally established near the wetland edge or in wetland-upland transition zones made the accurate assessment of wetland conditions not only difficult, but potentially inaccurate.  The monitoring plots were relocated, when possible, into an area that was close to the original location but that provided a more accurate assessment of wetland or upland conditions.  Relocation of these monitoring plots was approved by regulatory staff.  Permanent photographic points were also established at 12 locations to collect photographs and document the progress of the mitigation. 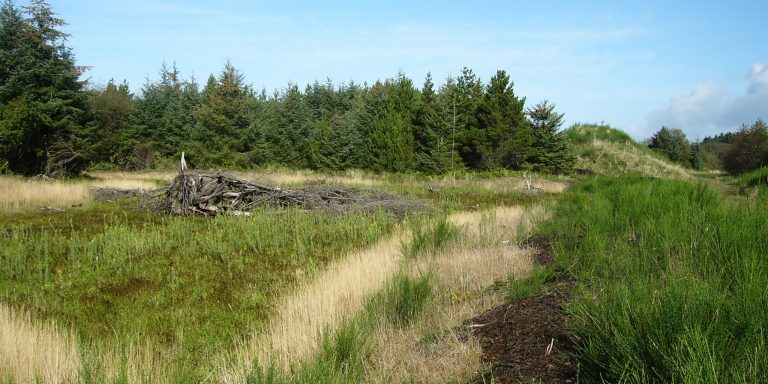 August 2008, southwest corner of Wetland 2, looking to the north. Scotch broom had started to invade the site and control measures were needed.

Two years later, Wetland 2 in October of 2010, Scotch broom is gone and native vegetation species are growing in.

The general mitigation goals of the project are to offset unavoidable impacts of the existing and proposed development, to achieve no net loss of wetland functions, and to improve existing habitat.  Habitat conditions are expected to improve throughout the monitoring period and wildlife use of the wetlands will increase over time as the site matures and provides more cover.

The success criteria for the wetland creation areas are: 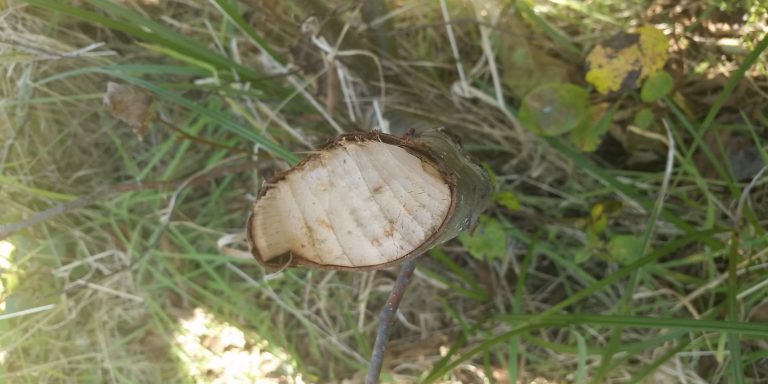 The increased use of the site as wildlife habitat is evident. Small trees have been felled by beaver.

The success criteria for the wetland enhancement areas [existing ponds]:

SVC has been monitoring the created wetlands and the wetland enhancement areas twice a year, in the spring and in late summer, for a period of 10 years to ensure these goals are being accomplished.  Water depths in the two large ponds have been measured at between 16 inches and 30 inches.  Numerous native pioneer tree, shrub, and herbaceous species are becoming established within the wetland buffers in areas disturbed by the mitigation action.  Most buffer areas contain undisturbed native vegetation.  The results of the 2013 monitoring study indicated that the enhanced ponds were inundated and/or saturated throughout the year. The 2015 monitoring study shows the created wetlands had near 100 percent cover of emergent plants and are interspersed with shrub species, predominately willow.  These results show that this mitigation site is meeting or exceeding the performance standards. 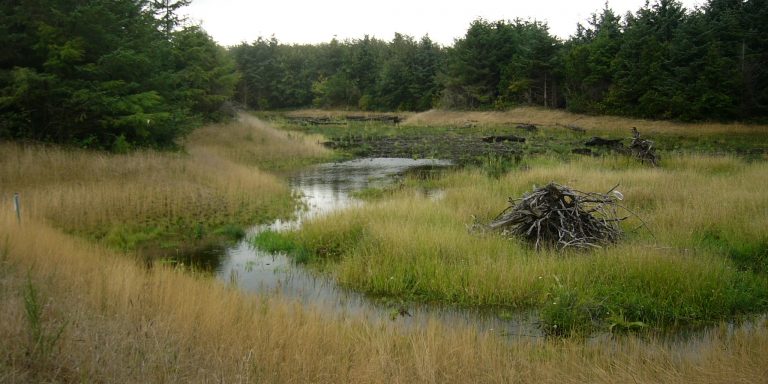 View from the north side of Wetland 7 looking to the south in October 2008. 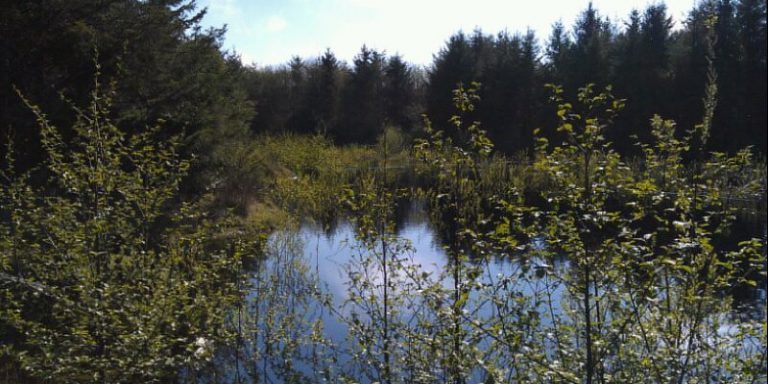 The wetland progresses and matures. The same view from the north side of Wetland 7 looking to the south five years later in April 2013. 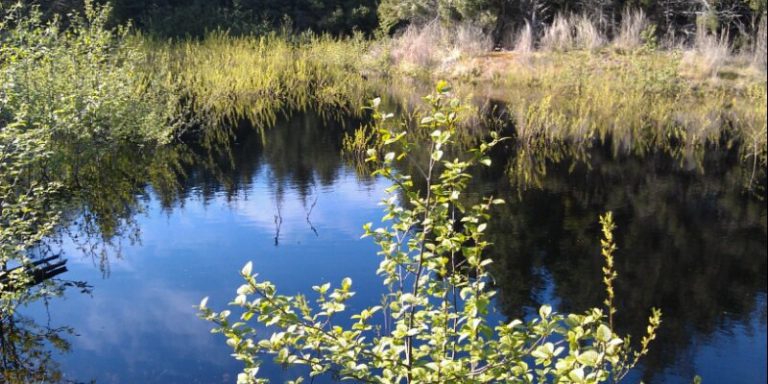 View from the south side of wetland 7 looking to the north, April 2013.